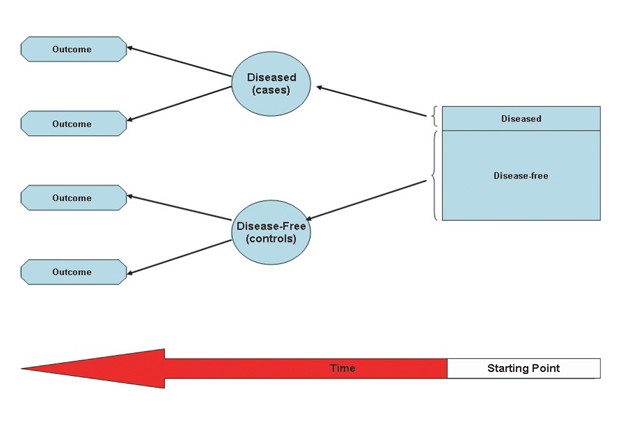 What is a case control study? This type of observational study involves comparing two groups of people based on a causal attribute. In other words, the study evaluates whether exposures caused different outcomes. Case-control studies are the preferred method for comparing two groups with different exposures. The method is cheaper and faster than cohort studies, and can establish a strong correlation between exposures and outcomes. This article explains the benefits of case-control studies.

Case-control studies are an alternative to cohort studies

A major difference between a cohort study and a case-control study is the source population. In a cohort study, a case population is drawn from a large, representative group of patients. The control group must come from a similar population, although a smaller group is generally preferred. A case-control study relies on a population at high risk of disease to determine if a particular risk factor is responsible for the disease.

A case-control study is used when one group of people is at high risk for a particular disease, such as smoking or drinking alcohol. The cases are drawn from a population with the same exposures, such as the population at large. The controls are randomly selected from the same source population as the cases. For example, the control group may be randomly selected from a tax roll, drivers’ license or voter list. The only drawback to this method is the cost. However, it is often cheaper and more precise than other forms of cohort studies.

Cohort studies are effective for certain types of exposures, but not for rare diseases or exposures. Case-control studies can be cheaper than cohort studies, and they don’t require a long follow-up period. The downside of case-control studies is that they have very limited outcomes, focusing only on the presence of disease or criteria for selecting cases. They can also be problematic in terms of bias.

They are less expensive

There are several benefits of case-control studies, including that they are less expensive. One of the biggest benefits is that the study design is easier to do in a small team and requires fewer resources. Case-control studies are also better suited for studying rare conditions, such as a disease outbreak. In these cases, it is easier to enroll enough patients for a sufficient sample size. But these studies do come with their disadvantages.

These studies are less expensive, less time-consuming, and require far fewer participants. They are useful when large numbers of people are unavailable or follow-up is difficult. However, they can be biased. Additionally, they are limited to a single outcome, and they cannot estimate incidence rates or risk factors. Unlike prospective studies, case-control studies can be used when the exposure is rare and there is no known treatment for the disease. Furthermore, they do not create any ethical dilemmas.

They are quicker to carry out

A case-control study is a form of research that uses a sample of a particular population. Researchers recruit a group of healthy people and a control group to compare the numbers of each group. These studies can be relatively quick and easy to conduct, and are typically used to investigate suspected risk factors. If a case-control study proves to be useful, it can then be used to justify a larger study.

However, case-control studies may not be as reliable as cohort studies, because the sample size is relatively small. This is particularly true for cases where a long latent period exists. For instance, cohort studies would need 200 000 subjects, each with a single symptomatic patient. Despite the short time frame, cohort studies would require hundreds of thousands of subjects and could take generations to complete. Because of this, case-control studies are often preferred.

Despite the disadvantages of case-control studies, they are often the most useful when examining a single case of a disease. A case-control study can investigate several risk factors at the same time. The key advantage is that it can look at multiple outcomes simultaneously, while a cohort study focuses on a population of people. This allows researchers to investigate more than one risk factor and determine whether there is an association.

They can establish a correlation between exposures and outcomes

A case-control study is a way to test the relationship between exposures and outcomes in a population. The information provided by cases may be biased because the controls do not know the focus of the study. In addition, the controls may have different diseases from the cases, and their recall bias may be higher than that of the patients. Therefore, a range of diseases and exposures is better than one disease or exposure group.

A case-control study is an observational epidemiological study in which two groups of people are compared and a correlation between exposure and outcomes is established. The two groups are defined at the beginning and compared for statistical significance. Case-control studies may also be nested within a cohort study and can be used to find the cause of a rare condition. However, when using this study type, it is important to note that the outcomes are not always statistically significant.

While case-control studies are often inefficient when the exposures are rare, they are useful for studying the impact of a new medical treatment on a group of people. Instead of using case-control studies to study the effect of a new medication or diet, researchers can conduct a cohort study. This type of study can be much more informative because it is easier to compare different groups than one another.

Home » What is a Case Control Study?