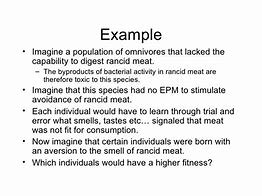 A case study is a psychological research method that focuses on one individual, event, or group. The conclusions drawn may not be applicable to other situations or settings. It uses qualitative data, and the interpretation of the data depends on the psychologist’s interpretation, which may be influenced by observer bias. For these reasons, case studies are often viewed as biased. Nevertheless, they are an important part of the psychology research process.

Case studies are not definitive proof of a theory

It is important to note that case studies in psychology are not definitive proof of elucidating a theory. The research designs used in case study research are different depending on the type of theory. Some of these are grounded in positivism, whereas others have philosophical roots in other realms. For instance, Stake case studies are based on constructivist assumptions and aim to examine the social construction of meaning and reality.

A case study is an experiment conducted on a single person, event, or group. It is a form of qualitative data collection that cannot be generalised to the general population. However, it can be used to generate novel hypotheses. In the case of Freud, many of his theories were based on case studies. Freud, Phineas Gage, and other pioneers of the field used case studies to make important contributions to neuropsychology.

Another classic example of a case study in psychology is Phineas Gage’s case. In 1848, he was a railroad worker when a train ran into him. The incident caused Gage to suffer a brain injury. After the accident, his personality changed significantly. He was responsible and mild-mannered prior to the accident, but he suddenly became aggressive and violent.

A case study is an in-depth examination of a single individual, event, or community. The research design compares the role of the case and the data collected in case studies to the methods used in other disciplines. Most cases in psychology use interviews, questionnaires, or observation methods to gather data. The researchers may also collect information about the case by studying participant writings and history. But the case study method is not definitive proof of a theory.

There are two types of case studies: descriptive and exploratory. While descriptive case studies focus on an individual case, exploratory case studies are more prevalent. They focus on individual instances to better understand a larger phenomenon. The most reliable cases are those that analyze the data and highlight themes and specific situations. But there are many examples of case studies, which may prove to be useful to researchers. But it is important to note that this is not definitive proof of a theory.

The case study methodology is also referred to as qualitative research. It is often used to investigate an individual’s personality traits and behaviors. However, this does not mean that a study cannot be considered a scientific method. Case studies can be used to test hypotheses as well as identify gaps in existing theories. Case studies are not the only type of psychological research. They may also help to create a theory that could be used to explain certain behaviors.

A study that relies on case studies is an epistemic genre. It draws on a variety of bits of evidence. The objective is to highlight new constructs and reveal relationships that cannot be explained by a theory alone. The research method is also a form of justification, since case studies must incorporate multiple bits of information to create an explanatory account. This method of study is not definitive proof of a theory, but rather a way to refine existing theories.

They are subject to bias

Bias in case studies in psychology can cause results to be distorted, especially in studies that involve individuals. A case study focuses on one individual, event, or group and therefore, conclusions drawn from such studies are unlikely to be applicable to a larger population. Researchers often use case studies to illustrate theories and show relationships between different aspects of life. Although case studies are important in the holistic psychology field, there are numerous limitations of this type of research. Bias in case studies can arise from the observer’s personal opinions, the volume of data, and the subjective judgment of the psychologist.

Researchers may use unstructured interviews, observations of the participant’s daily life, and official documents to gather information about their subject. Researchers must make up their reasons for undertaking a case study. As a result, case studies are prone to bias. However, this does not mean that the results of a case study are flawed. They can provide important insights about a topic, but they cannot be used to determine the causes of it.

Bias in case studies is caused by cognitive biases. For example, law enforcement agents might falsely assume that certain physical or psychological characteristics indicate that a person is law-abiding. They may even misjudge a competing product by its characteristics. These biases can affect case studies in psychology, as they are rooted in people’s natural tendency to interpret information and identify patterns in data that support their own ideas and opinions.

The effects of bias are typically less noticeable in qualitative research. Bias can be attributed to the study’s design and methodology, which can influence the conclusions of the study. The design bias is often the result of personal preferences. Researchers also tend to focus on the negative effects of a topic, ignoring the positive effects. If the study involves the manufacturing of a drug, for example, the researcher may design a survey that emphasizes the strength of the drug rather than its weaknesses.

Pre-trial and trial bias can occur due to errors in data collection and patient recruitment. These errors will introduce fatal flaws in the results of the study that cannot be compensated for during analysis. This section of the study discusses how to minimize bias in case studies. It highlights the need for standardized protocols and the importance of defining risks. In addition, it discusses the concepts of selection and channeling bias.

After the trial is completed, bias may still exist, particularly during data analysis and publication. These effects include citation bias, confounding in the analysis of data, and internal and external validity. It’s difficult to identify the precise cause of bias in these studies. As such, it’s crucial to be aware of the factors that influence the results of case studies. So, how can you minimize the effects of bias?

They are more text-heavy than a business case study

Whether in text format or video, a case study explains a specific event or experience. The case study is a short, narrative piece that provides practical information. Case studies generally contain 500 to 900 words and are much shorter than an average research paper. A case study is also usually organized in three acts, with an introduction, rising action, climax, and falling action. Then, the case study must conclude with a conclusion.

While psychology case studies are more text-heavy than a typical business case study, both types can be useful when explaining a particular problem. A case study describes the research process and how it was performed, while a business case study describes how the product or service worked for the customer. The most common structure is a typical story that includes statistics and images. Case studies can include quotes or images as well.

A good case study has a story arc. The storyline represents the difficulties the character faces and the tension resolves. Narrative arcs are not specific to any one genre or category, and are used throughout all kinds of stories. The narrative arc adds a human element to a case study, allowing readers to envision the situation and apply it to their own life. Likewise, a case study should include background information that gives readers an idea of the subject matter.

Home » What Is a Case Study in Psychology?